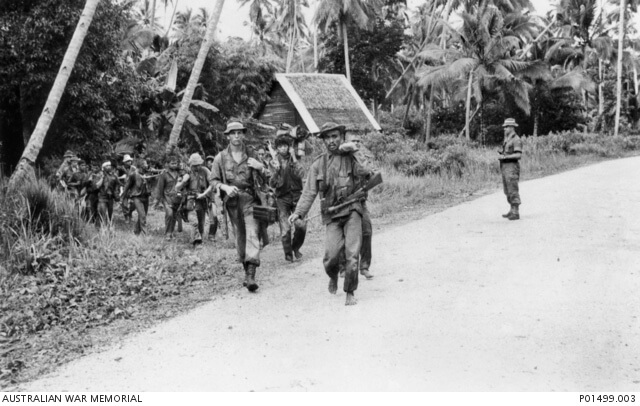 Between 1962 and 1966 Indonesia and Malaysia fought a small, undeclared war which came to involve troops from Australia and Britain. The antagonism that gave rise to confrontation was already apparent in December 1962, when a small party of armed insurgents, with Indonesian backing, attempted to seize power in the independent enclave of Brunei, only to be defeated by British troops from Singapore.

By early 1963 military activity had increased along the Indonesian side of the border in Borneo, as small parties of armed men began infiltrating Malaysian territory on propaganda and sabotage missions. These cross-border raids, carried out by Indonesian “volunteers”, continued throughout 1963; by 1964 Indonesian regular army units had also become involved.

Australian units which fought during the confrontation did so as part of a larger British and Commonwealth force under overall British command. Australia’s commitment to operations against Indonesia in Borneo and West Malaysia fell within the context of its membership in the Far East Strategic Reserve.

Continuing negotiations between Indonesia and Malaysia ended the conflict, and the two sides signed a peace treaty in Bangkok in August 1966. 23 Australians were killed during the confrontation, seven of them on operations, and eight were wounded.