State Branch is the administrative core of our organisation in New South Wales, overseeing the operations of our nearly 350 sub-Branches across the state. The premises in which State Branch is based have been known as ANZAC House since the 1920s.

The day-to-day management and control of the business affairs of RSL NSW is delegated to the Chief Executive Officer. The CEO is accountable to the Board. The CEO is supported by an executive team and staff. See the current management structure, or find out more information about the Board.

The 23 District Councils are the upper tier of the League’s local representation. Varying widely in both membership and geographic size (pictured on the map below), the District Councils coordinate the districts to which the RSL sub-Branches belong.

The District Councils also help to disseminate important information across the League, particularly in regions where digital communication remains unreliable. For these reasons, it is crucial that office holders at the district level are highly qualified for this demanding role.

As of 1 December 2019, under the new Constitution, the presidents of all 23 District Councils meet quarterly as the District Presidents’ Council (DPC). 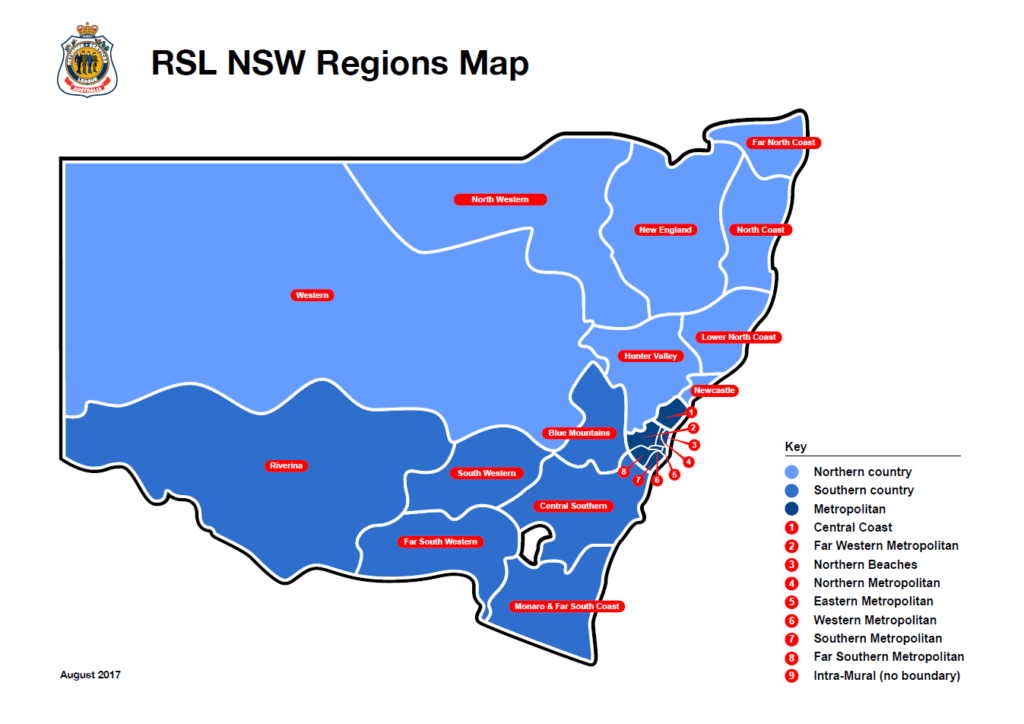 RSL NSW has 350 sub-Branches in small county towns and metropolitan suburbs across the state. Each of our 30,000 members is attached to one of these sub-Branches—spaces where members can gather to help each other and the wider veteran community.

Delegates from all sub-Branches meet each year at the RSL NSW Annual State Congress, usually held over two-three days in October or November. The Annual General Meeting (AGM) is usually held on the final day, with delegates voting on policy positions and constitutional amendments.

Note: RSL Clubs and other services clubs are community organisations. Many are members of Clubs NSW or the RSL & Services Clubs Association. They are not owned by or affiliated with RSL NSW or RSL sub-Branches, which are registered charities.

The President of each state and territory is appointed as a Director of the Board of RSL Australia.