On Monday, more than 600 events across the state brought together veterans, their families and communities to remember and honour the ANZACs as well as veterans of recent conflicts. This was the first face-to-face ANZAC Day commemoration since Australia’s withdrawal from Afghanistan.

At Sydney’s Dawn Service at the Cenotaph a solemn audience joined speakers including Harry Allie BEM, Governor of NSW Her Excellency the Hon. Margaret Beazley AC QC, and NSW Premier The Hon. Dominic Perrottet, as well as those laying wreaths, in marking the time the ANZACs landed at Gallipoli and recognising the importance of the first ANZAC Day since Australia’s withdrawal from Afghanistan. 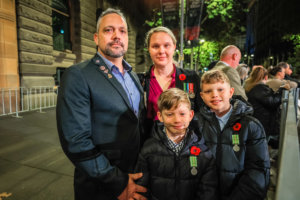 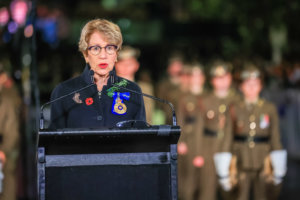 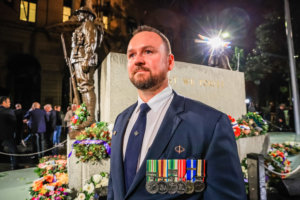 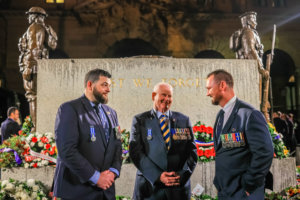 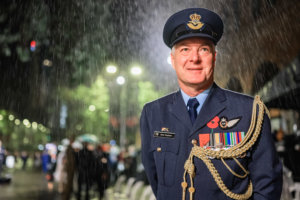 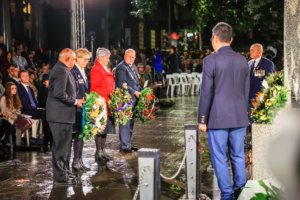 “For more than a century, Australians, New Zealanders and our allies have stood shoulder-to-shoulder in the pre-dawn hours of the 25th of April  to conduct our vigil. Although we meet at this hour in recognition of the first ANZACs who came ashore at Gallipoli in 1915, on ANZAC Day we pause to remember all those who have  served our nation in peace and war from Anzac Cove to Afghanistan,” he said. “On ANZAC Day we give thanks to all veterans for their service, their sacrifice and their resilient spirit.” 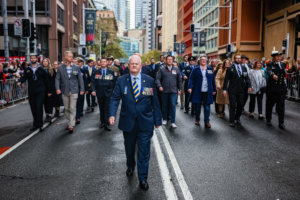 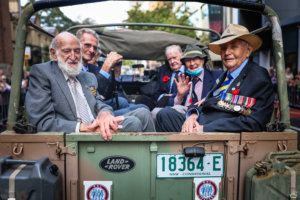 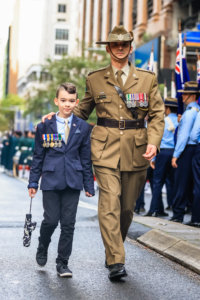 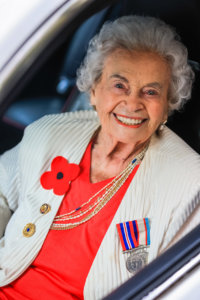 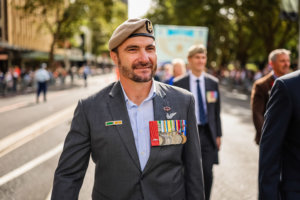 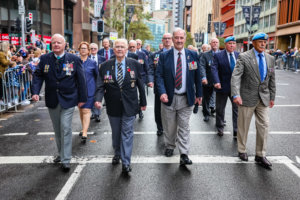 A welcome return to our usual commemorative services, the Sydney CBD ANZAC Day March was particularly inspiring this year.

More than 9,200 veterans marched in front of their families and communities, honouring their own experiences as well as the experiences of others who’ve gone before them or walked beside them throughout their service.

RSL NSW President Ray James marched alongside veterans of Middle East operations, acknowledging their service and their place within the veteran community on the first ANZAC Day since the the end of Australia’s military presence in the Middle East.

The future of ANZAC Day commemorations

In the lead-up to ANZAC Day, we spoke with RSL members in sub-Branches across the state about how they were preparing for their local commemorative services – these preparations by dedicated volunteers began months in advance.

Commemorative events remain strong in 2022, but we see and hear that the future of ANZAC Day is under threat.

The dedicated RSL sub-Branch members who ensure the services continue manage hundreds of events every year. But the total number of members across the state has dipped to just 22,290, down from a high of just over 133,000 50 years ago, and average age of an RSL NSW member is 73.

This lack of ‘boots on the ground’ in NSW communities puts future commemorations, as well as the delivery of face-to-face services and support to veterans and their families, in jeopardy.

Over the past weeks, we assisted the media across the state to share this story – including in television interviews with veterans on ABC News, the TODAY Show and Sky News; on radio including 2GB and ABC RN; and in the Sydney Morning Herald, The Daily Telegraph and many other metro and regional publications.

We’re calling on all Australians to make sure that the relevance and importance of ANZAC Day’s commemorations are not forgotten, and that veterans and their families have access to the support they need.

And we’re calling on veterans to join the RSL, be part of the community and, where possible, to assist in staging commemorative services for veterans, their families, and the community.

Joining RSL NSW is easy and free – it takes minutes to complete. Find out more and join.

The June issue of Reveille magazine, which will be posted to RSL NSW members, will feature commemorative services around the state.