We spoke with two ‘military family’ members about maintaining their relationships and seeking veteran support.

This article discusses suicide, self harm and other issues that may impact veterans. If this raises issues for you, find assistance from:

Belinda Davis: On finding support before and after transition

Belinda Davis is thankful for her experience and training as a nurse – she credits it with helping her ‘ruffle the feathers’ that would save her husband Ryan’s life.

Before Ryan left Defence,  an injury meant he could no longer perform his physical duties as a Navy diver. He was moved to various desk jobs and, as medical procedures led to more physical problems, further surgeries and a need for prescription pain medication, his mental health sharply deteriorated.

One day, overwhelmed and distraught, Ryan texted Belinda from HMAS Penguin, the Navy base in Sydney. His message was as simple as it was frightening: ‘I can’t do this any more’.

“I’m used to talking to doctors and ruffling feathers to get patients what they need,” she says. “But he was on a secure naval base and in an environment I didn’t understand. Originally, I didn’t even know how or who to tell that he really needed help. He was trapped at work and I was an outsider.”

Belinda did web searches and found a phone number for the specialist underwater medical unit (SUMU) for Navy divers. She rang and told them they had to do something immediately.

“Luckily, I got on to one of the senior doctors, who was lovely,” she says. “She recognised the urgency and that something had to be done. That was the first action I took. After that, I was allowed on base, so I marched on down there and started getting his physical and mental health addressed properly.”

Belinda says that, in her experience, family members outside Defence are too often stumped about how they can help a partner, child or parent access the services they need within Defence systems.

“Support people often don’t know what to do and don’t know who to call. They might call Open Arms,” she says. “They might consider calling their partner’s superiors, but you don’t know how it will end up if you call your partner’s boss and tell them something is wrong. Maybe they’ll be downgraded or lose their job, or not be deployed. I was just lucky enough to know my way around the medical world.”

Since Ryan transitioned out of the Navy in 2018, the challenges have continued. A lot of Ryan’s success, or otherwise, with various programs correlates with the competence and energy of his rehabilitation managers.

The management of the transition, by the contractors employed to assist with the process, felt like an exercise in box ticking, Belinda says. While it wasn’t a negative experience, nothing useful or helpful came out of it.

Ryan was enrolled in a TAFE course for software development, which he was interested in, but the specific course was chosen for him by a rehab manager. It involved several project management subjects that he didn’t enjoy or find useful, but he nevertheless completed the diploma.

This experience taught Belinda an important difference between veterans and civilians.

“He didn’t understand that he could say ‘no’,” she says. “He didn’t realise he could make his own choices. He was struggling so much with some subjects but felt he had to go on because the DVA was paying for the course.” 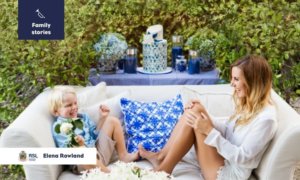 Army veteran Elena Rowland believes that not being able to connect as a couple, plus the knowledge that one day your partner could be very seriously harmed, was a poisonous pill for her relationship. Her time in Defence was shared with commando husband Dave, and the relationship didn’t survive.

“Anxiety was huge in the relationship,” Elena says. “It was a constant readjustment when he or I was away. Then we would come back, try to get to know each other again and adjust to how we did things in the household.

“You learn to live without them and when they come back, they are different, so you almost have to learn to love that side of them. There were so many stresses when you’re both in the Army. You need to learn to deal with those stresses, and when one person is struggling, the other has to pick up the slack. When you both can’t deal with the stress, you fall apart. That’s what happened to Dave and myself.”

“I liked posting to different locations, and just growing as a human through deployments, combat training and being disciplined,” she says.

Outside of the service side of the Army though, and particularly during and since transition, there hasn’t been a lot of support.

“Was there support for the family to help make the transition a smooth one? I’d say not really,” Elena says. “I felt pretty alone during that time. If it wasn’t for the veterans I knew who helped support me, I would have been much worse off.”

There should be a transition team allocated to each person that leaves Defence, Elena says.

“It’s common knowledge that Defence isn’t that great at transitioning its soldiers and I was basically let free with no direction. It taught me a lot, though. I’m stronger for it.”

Stronger vocational and career help and support for both partners is particularly important during the transition period – even when both have not served, service does have an impact on partners’ careers and wellbeing.

Join RSL NSW to be part of the state’s leading not-for-profit ex-service organisation – joining is free for all veterans and it’s easy to join online.