About RSL NSW Corporate Governance Meet the Board What We Do FAQs
What Does RSL NSW Do?
Find Out Here
ANZAC Day Remembrance Day Commemorative Events Australia's Military Heritage Memorials Request a Cenotaph Booking
"Respecting, supporting and remembering our veterans and their families."
The RSL NSW Mission
Disaster Assistance DVA Claims and VRB Appeals Financial and Housing Assistance RSL DefenceCare
Find the help you need with DVA claims.
Learn More
Donate or Volunteer Become a Member Find a Sub-Branch RSL Auxiliaries RSL Day Clubs
Find out more about joining the RSL.
Become a Member
Media Releases Submit News or Stories Subscribe for the RSL Newsletter What's happening
How We've Helped Recently
Read The Update
News
Warning: count(): Parameter must be an array or an object that implements Countable in /var/www/wp-content/themes/muplugin/single-news.php on line 40

This time a year ago, we made the decision to cease fundraising across the League. Our league was facing seven weeks of gruelling public hearings into ineptitude, cronyism, and a cover-up of fraudulent expenditure by former senior leaders of our charity; the NSW Police were also conducting investigations.

In twelve months, we have made enormous progress towards repairing the League, much more than I had thought possible. This has only been possible because of the hard work of our members and the team at ANZAC House. So far, we have:

Of course, this hasn’t all been smooth sailing. We have stumbled at times as we navigated complex and unprecedented issues. Thank you for your continued patience as we undertake this challenging repair task.

I also want to let you know about four major developments we have completed in the past fortnight which will help move the League forward. 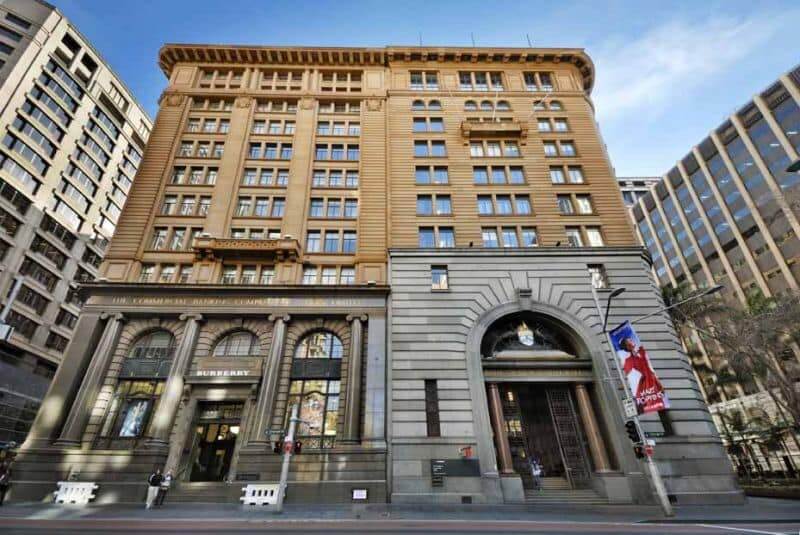 I’m pleased to announce that from October, the League will have a new headquarters directly alongside Sydney’s Martin Place Cenotaph. The new address for ANZAC House is Regimental Square, 341 George St, Sydney.

We have been working to find a new ANZAC House for the past six months and I’m excited about our new location. All RSL NSW and RSL DefenceCare team members will be located on the one floor with better office space and systems to help us deliver support to members, as well as veterans and their families needing help. The new ANZAC House will be a central hub with ample meeting rooms and a lounge space which will be available to be used by sub-Branches, other veterans’ organisations and RSL NSW members while they are in the CBD.

Appropriately, the new ANZAC House building is adjacent to both The Cenotaph and the Royal Australian Regiment Memorial and is close to the site of Sydney’s first military barracks. It is also easily accessible from Wynyard and Martin Place Stations. Bus transport is also conveniently located and is fully accessible to meet the needs of disabled veterans. This is a HQ the League can truly be proud of. RSL NSW team members will move into the building on 17 September, and we look forward to opening the new ANZAC House to you in late September/early October. 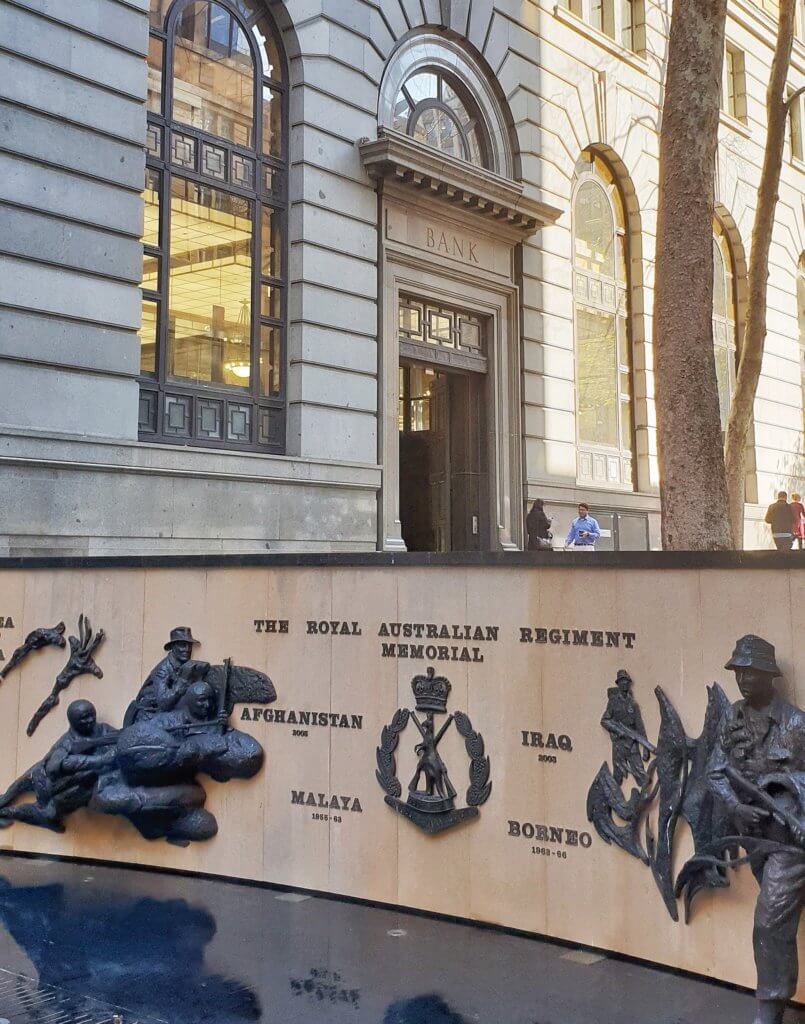 RSL LifeCare is a charitable institution that delivers aged care, retirement living, and home care services across more than 50 sites in NSW and the ACT. Founded a century ago to care for ageing veterans, RSL LifeCare now provides care and services for veterans and their families, as well as senior Australians. It operates 2200 aged care beds and retirement living for nearly 3000 residents and has more than 3100 staff.

Last week the RSL NSW State Council and RSL LifeCare board of directors voted to implement major reforms. These will strengthen the governance and performance of both organisations – delivering better results for veterans and their families, and the residents and clients of RSL LifeCare. These reforms complete twelve months of work by both charities to address issues identified during the 2017 Charitable Fundraising Act Inquiry. RSL LifeCare alone has conducted 24 board meetings in the past twelve months.

The Inquiry conducted by The Honourable Patricia Bergin identified several issues between RSL NSW and RSL LifeCare. In particular, the blurred accountabilities and potential conflicts of interest inherent in the presence of RSL NSW State Councillors on the RSL LifeCare board, and the dual role of RSL LifeCare directors as corporate members of the charity.

Last week, RSL LifeCare directors voted to cease their role as members of the company. RSL NSW will be the sole member of the company with responsibility for RSL LifeCare’s constitution and ensuring its ongoing charitable purpose. These reforms are focused on governance, and RSL LifeCare operations and services will otherwise continue as normal for residents and staff.

RSL NSW and RSL LifeCare, with the newly appointed RSL LifeCare CEO, Laurie Leigh, will jointly work to set a renewed long-term strategy for RSL LifeCare. RSL NSW are confident that with a refreshed, independent, professional board and a new CEO RSL LifeCare is well positioned for growth.

RSL NSW are grateful to the staff and directors of RSL LifeCare for their hard work and acknowledge RSL LifeCare directors who have been serving the company in a volunteer capacity.

Last week the RSL NSW Bill 2018 was introduced to the Parliament of NSW. You can read it here. It aims to set new transparency and accountability measures for RSL NSW, as well as reforms aimed at making the League more democratic. We will update you as the Bill progresses through parliament.

I resigned from the RSL National board in November 2017 because of my concerns about poor governance and misuse of charitable funds, particularly the gifting of items worth approximately $30,000 to a former officeholder. At the time, RSL National issued a media statement that claimed the gifting matter had been investigated and no misconduct had occurred. One of the reasons I resigned last November was that I believed this statement to be incorrect. In February of this year, the ACNC issued a formal direction to RSL National citing governance breaches and failures in financial decision-making processes. The ACNC concluded that the gifting did occur and contributed to the governance breaches. The RSL National President resigned on 19 July 2018.

State Council resolved that I should re-join the RSL National board as a director, and accordingly I joined the national board’s meeting held last Monday in Melbourne. There is a considerable amount of work to do to fix up the RSL National organisation, and the ACT President John King has volunteered to act as an interim Chairman. The National Board has also resolved to seek independent directors to the board. I am confident that the State Presidents can work together to return RSL National to be the pre-eminent representative body for veterans in Australia. I will keep you posted on developments.

State Council met last week to approve several items, including a new donations policy (to replace the tier system), and the model for the constitution to be proposed to members later this year. The donations policy will be sent to District Council Presidents for their feedback and pending any major changes, will be sent to members shortly. I know many sub-Branches are concerned to ensure they comply with tax office requirements regarding donations and surplus funds.

At the meeting, we confirmed we are working towards being able to apply to resume major fundraising appeals in time for Remembrance Day this year. The successful implementation of a new accounting and finance system for WBI was crucial to this.

During September and October, State Council members and I will be travelling around NSW to speak to as many members as possible, so we can hear your feedback on the draft constitution. We will advise dates and times for these meetings as soon as we can. Your feedback is crucial to the constitutional reform process. After receiving your feedback, we will complete the drafting process during October, with a view to sending the final draft to members in early November. ANZAC House staff and State Council will travel again during November to meet with members and answer their questions on the proposed constitution. We will then meet as a league for an Extraordinary Congress in Sydney on 4 December 2018. On that day, the morning will be devoted to answering questions delegates have on the new constitution, and the formal vote will occur in the afternoon.

The new constitution is a critical step in repairing our league and moving us forward. Your feedback will be of utmost importance.

Finally, a personal note. When I was elected to be your President, I took six months leave without pay from my employer. I returned to work part-time at the start of this year, but after a fortnight I realised I could not do justice to both roles, so I resigned from my paid employment. I have been working on RSL NSW issues, in a voluntary capacity, six days a week since July 2017. There has been some speculation that I will enter federal politics. Let me be clear: I am fully engaged in the task of returning this league to be the pre-eminent organisation caring for veterans and their families.

Thanks for your work to get us this far, and for your ongoing service to the League.