More than 240 delegates gathered in Newcastle to discuss the future of the League, the implementation of the RSL NSW Strategic Plan 2021-26, outcomes and responses to the Royal Commission into Defence and Veteran Suicide, and more. Here are the highlights.

“RSL is an extraordinary organisation of extraordinary people doing extraordinary things,” RSL NSW CEO Jon Black said on day one. “We can make the most of it when we all work together – we all proudly wear the same badge.”

That theme – of working as one RSL to drive extraordinary outcomes locally and across the state – carried throughout the two days, as MC Catherine McGregor introduced sessions in which the RSL NSW Board and ANZAC House leadership were joined by RSL sub-Branch members and external speakers including The Honourable Margaret Beazley AC KC, Governor of NSW, Chief of the Australian Defence Force Angus Campbell, Department of Veterans’ Affairs Secretary Elizabeth Cosson, the Commissioners of the Royal Commission into Defence and Veteran Suicide, and more. 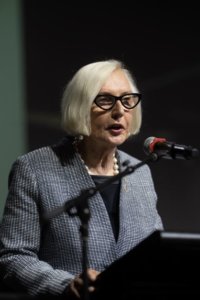 Watch the full proceedings of RSL NSW State Congress day one and day two including the AGM.

“I take the view that you don’t try to embarrass a government into doing things; you try to talk them around,” Melick said. “The arrangements I’ve had with various ministers is that I will lobby them. If I can’t get what I want it’s usually because they can’t get what they want.”

Melick explained that this approach recently resulted in $267m to increase DVA staffing and systems, but that there is still work to do – still a problem with DVA processing claims and still a lack of mental health professionals in Australia, and RSL continues to work closely with the DVA and support improvement.

Melick also discussed the Australian War Memorial’s treatment of frontier violence and Indigenous and Torres Strait Islander service, the need for the RSL as a whole to continue to champion eternal vigilance by looking outwards instead of inwards, and more.

“The past couple of years have been such a period of extraordinary disruption – and everyone had to adapt to the changing circumstances,” The Honourable Margaret Beazley AC KC, Governor of New South Wales, told Congress, reflecting on the difficulties involved in change, particularly in large organisations.

“You’ve had to change from doing things that you’ve done for a long in a way that you’ve done them for such a long time, and really turn to a different modus operandi all together, so that you continue doing the great work that you do and most particularly continue having that connection which is so much part of the RSL and in particular RSL NSW.” 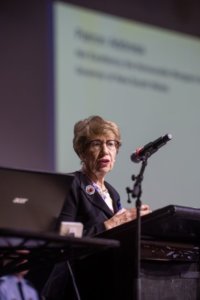 “I know from many discussions with the executive that there has been a lot of blood, sweat and tears, but most particularly a lot of deep thought which has gone into that Strategic Plan to ensure that you remain the vibrant organisation which you are today,” the Governor continued.

“That is a challenge but it’s a terrific challenge.”

The Governor and Ray James presented two Meritorious Service Medals, to Elwyn Spencer of the City of Campbelltown RSL sub-Branch  and John Graeme Balfour of the Forestville RSL sub-Branch.

A member since 1966 and Life Member since 2007, Spencer’s early focus on welfare saw him work to send care packages to troops overseas and led to him serving as his RSL sub-Branch’s Welfare Officer for more than 15 years. 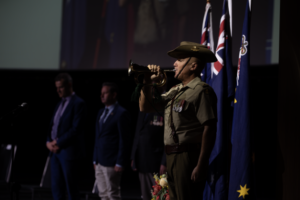 As well joining his RSL sub-Branch’s executive, speaking at local schools and representing the RSL sub-Branch President on many occasions, Balfour has served both behind the scenes and as March Marshal and Master of Ceremonies for Anzac Day and Remembrance Day services.

Balfour, who served in the Australian Army for 47 years, joined the RSL in 1987 and became a Life Member in 2018. Locally, he conducts welfare checks for more than 80 members and liaises with schools on activities and grants that honour the legacy of veterans’ service. 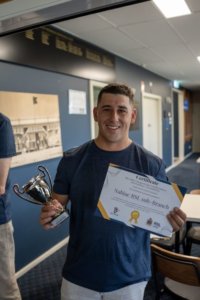 “We started … to grow membership to support each other and have fun, which is important and help all veterans and their families in need,” Jen said. “In addition to that we wanted to get really specific about what we wanted to achieve with this pilot, and we had four main goals.”

“I’m happy to report as we finish up today that we can tick all of these goals off – we have achieved everything that we set out to achieve.” Jen said.

“Over the course of the seven months the two participating districts saw significant increase in membership growth making them the first and fourth fastest-growing statewide. In addition to the increase in members, collectively we saw more than 100 activities – which is a lot – and a variety of these activities included walking group gym sessions, pilates, darts, golf, lawn bowls, family-friendly putt-putt and billiards just to share a few.

Following day one of Congress, 220 Congress delegates got a taste of the Sport and Recreation program at the Bar Beach Bowling Club, where competition was fierce indoors and out over trivia, barefoot bowls and walking football.

Watch Jen Reynolds provide an update on the Sport and Recreation Program and share six lessons from the pilot.

Launch of the Veterans’ Catalogue

To empower veterans and their families to more easily find and access services and support, RSL Australia has partnered with veteran-owned technology provider Servulink to develop the Veterans’ Catalogue, which launched on day two of RSL NSW State Congress.

“We’ve established these 12 categories based on Research from the Australian Institute of Health and Welfare, and holistic veteran needs but we’ve also added a few of our own such as volunteering, transition piece as well as concessions, discounts, advocacy and claims,” said Matt Brennan, Co-Founder and EGM at Servulink. “There’s Crisis Support there with Lifeline and Open Arms.” 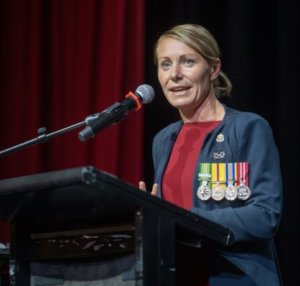 One of the greatest barriers standing between the veteran community and at-times lifesaving assistance is the complexity of the veteran support system.

“The Veterans’ Catalogue makes support services accessible to veterans and their families, throughout the state,” says RSL NSW President Ray James. “We envision any veteran or family member being able to access the app and find local assistance, whether that’s RSL sub-Branch resources or through any other provider.

“We also see the app as an incredibly valuable tool for sub-Branch members to use to assist their local veteran communities. With immediate information at their fingertips, sub-Branch representatives can assist other local veterans to reach out and seek support on the spot – with this tool, we can greatly reduce some of our community’s stresses.” 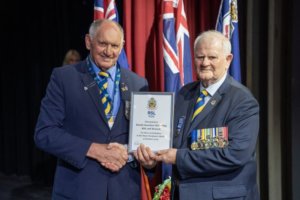 Congratulations to the sub-Branches, Auxiliaries and community members recognised with awards and honours – your contributions to the League and the community are highly appreciated.

Mary Cooper, RSL NSW Membership Supervisor, for 25 years of service to the League.

Watch the full proceedings of RSL NSW State Congress day one and day two including the AGM.