John Bineham’s entry into the Korean War effort became a bitterly tragic one as soon as he landed in the desolate, cratered and bomb-blackened landscape. He and two of his best friends had signed up on the same day to serve. One of those friends had been transferred to Korea earlier, with a different battalion and, three days before John’s arrival, was killed in action. What should have been a joyful reunion became grief.

John had a vital job to do with the 3rd Battalion, Royal Australian Regiment, and little chance to grieve. He wouldn’t shed tears for the loss of his best mate until many years later.

One of the most powerful healing processes came 55 years later in 2008, when John returned to a very different Korea and took a deeply personal and increasingly philosophical journey throughout the country.

That odyssey concluded by his friend’s grave, at the United Nations Memorial Cemetery in Busan (previously known as Pusan).

A TRIP THROUGH SPACE AND TIME

The trip began, John says, in Seoul. He quickly realised that Korea had become an entirely different and more beautiful place than he remembered.

“If anybody asked me to describe Korea after the war, I’d say its colours were all blacks and browns, and dirty, muddy greens. There were no trees. There was nothing that hadn’t been destroyed,” he says. “But when I went back, we saw beautiful mountains covered in trees, and well-tended gardens. It was stunning. It was like visiting a garden state, full of colour and greenery. It was amazing.”

Mick Kohlhoff, President Emeritus of the Korean War Veterans Association NSW and member of Forestville sub-Branch, also returned to Korea in 2004. Mick served in the British Tank Regiment from late 1952 until the end of the war. He now calls Sydney home, and agrees that the revisit experience showed him what he had fought for.

“In Seoul itself there are markets you can visit in complete safety at 3am. There are buildings and cars and buses and motorbikes, and entire communities that have developed out of what seemed like nothing,” Mick says.

“When we left, after the war, there were no paved roads in one particular area. But when we went back to that same area, all along the Han River and the Imjin River there were almighty blocks of units with passageways from the units, under the six-lane road, onto the banks of the rivers, which had been converted into sportsgrounds!”

For John and Mick, the tours were organised and funded by the South Korean government under a program that still operates, but which has been paused because of the pandemic.

The Revisit Korea Program thanks ex-servicepeople who served during the Korean War. During the one-week tour, most costs for each veteran plus a carer or family member are covered. It’s South Korea’s way of thanking those who defended the nation’s freedom. In many cases, it also provides closure.

“In the first few days, the organisers took us up to the demilitarised zone between North Korea and South Korea. Then we began to travel south, with our final destination being Busan and its United Nations Memorial Cemetery,” John says.

“We stopped in different towns along the way, and when we arrived, there would be meals prepared and local people performing for us, all specially organised as thanks. All we had to bring was spending money for alcohol or shopping – all meals, accommodation and flights were covered. It was extremely well organised.”

As the group travelled south and as the days in South Korea went by, John says his thoughts became increasingly reflective, even spiritual.

On the day they arrived at the cemetery, there was a service for the veterans, for those present and those fallen. Then the visitors were free to wander the cemetery.

“Everybody knew somebody who had fallen during the war,” John says. He knew exactly who he had come to visit. He spent some quiet time with his best mate, reflecting and feeling inspired.

“The cemetery is beautiful and very well cared for. It’s really quite moving to see it. Plus, an entire city has grown up around it,” he says. “This trip meant I was able to see with my own eyes what a success story South Korea had become. It was very satisfying to know we’d contributed to that.”

RECOGNISING THE POWER OF THE HUMAN SPIRIT

Mick says the trip to Korea as a welcome tourist, rather than a soldier, gave him a new appreciation of why he and his fellow servicepeople in the UN forces fought in such difficult and tragic circumstances.

“When we were sent there as regular soldiers during the war, we knew nothing about Korea. We didn’t even know where it was. Having lived there during winter, sleeping in holes in the ground in the freezing cold, we never really knew the purpose of why we were there,” Mick says.

“It was difficult to believe that any Korean person survived what happened in their country. Then, when I went back, it was difficult to believe how they managed to recover so quickly. Apparently, immediately after the ceasefire was announced, the first job for everyone was to plant trees on all of the mountains and hills, because when we left it was just bare dirt and rock. Everything had been blown to bits.

“When we left after the war, there were just two Bailey bridges across the Imjin River, and when I went back with the tour, there were 26 permanent bridges, all painted different colours. It was just amazing.”

John agrees that the journey was an eye-opener, not only around the purpose of the war effort, but also about the power of the human spirit.

“The knowledge we gained from the Revisit Korea Program made me, and the other veterans, very happy,” he says.

“We’d come from all over the world to a country we knew nothing about, to fight for people we’d never met, and we were never really sure why. Finally, this journey showed us – it was for a great cause.” 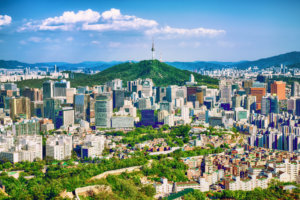 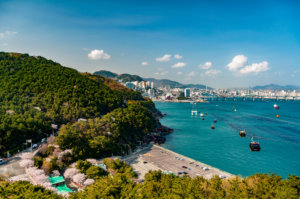 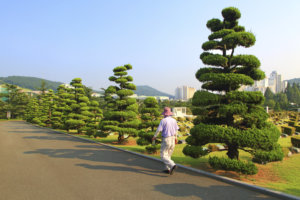 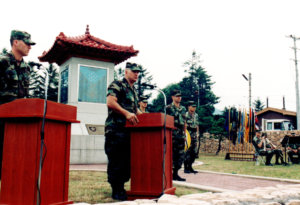 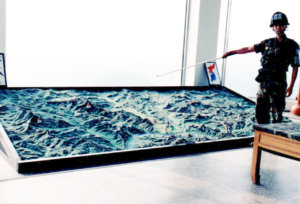 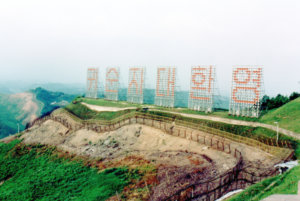 South Korean side of the demilitarised zone 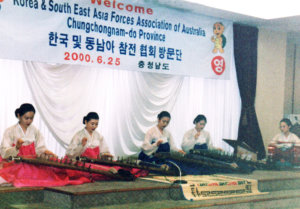 Traditional musicians performing for the group of Aussie veterans 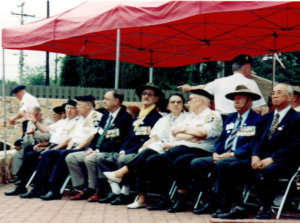 Cancelled in 2020 due to COVID-19, the Revisit Korea Program trips will be held five times throughout the year once the program resumes. The subsidised trips are available to people who served in the Korean War and immediate post-armistice period by sea, land or air from 25 June 1950 to 25 October 1954.

Only 650 places are available each year for any UN veteran of the Korean War, including 46 from Australia, plus a companion or carer for each.

Half of the veteran’s economy airfare is subsidised, and 30 per cent of a companion’s or carer’s. In Korea, all hotels (five-star, double occupancy) are fully subsidised, as are all guides, tours, transport,

Participants must be in good health and capable of making the flight by air.

Together we stand: Charlotte Webb and David Gardiner

How Lismore’s veterans supported each other

The Vets Hub: a veteran’s pathway to financial wellbeing

Among the challenges faced by veterans when returning to civilian life, getting their financial...
Sponsored by RSL LifeCare Veteran Services