Adrian Sutter: “My goal was to be in the army for life”

Just as Adrian Sutter was dealing with a family tragedy, his ADF career came to a sudden end. Since then, he’s been helping create a softer landing for others as they transition out of the ADF. Here, he’s sharing his story and what he’s learnt since leaving Defence.

At the end of 2011 I was fairly recently back from Afghanistan, and my sister was diagnosed with cancer and died pretty quickly afterwards. As a result, I was in the Army one day and out the next.

When she was diagnosed, my Unit – 1RAR – signed me off very quickly to get a compassionate posting.  The hierarchy in my Unit was very soldier-welfare focused.

When the posting went through at a Unit level, I moved to Newcastle, then three months later I got a letter from Canberra saying the posting was denied and to go back to Townsville. That’s why I was in the Army one day and out the next. I needed to stay in Newcastle, doing the family thing.

My goal was to be in the Army for life. That was all I ever wanted to do.

My end goal was to do SAS selection. Just before my sister died I was training and getting ready to go, then she died and then a month later I was in Perth doing selection, and that’s when my wheels fell off. I put in for compassionate posting and the rest is history.

The transition out of the ADF was extremely difficult. There was some support, but not a lot.

At the time, there were a lot of flaws in the DVA model. There was no incentive for me to register with the DVA. Fortunately, things have changed a lot in the last couple of years. There are a lot more resources available.

Did I bury my head in the sand because I had other stuff going on? Absolutely! So a lot of that is also on me.

I wanted to look at how we can teach younger people to pay attention when someone’s giving them life advice – I founded Swiss8, a health promotion charity for combat veterans.

We’ve done surveys with veterans around what their transition was like and what they thought were the key causal factors for mental health decline. It came back to four categories: loss of ‘tribe’, loss of routine, loss of identity and loss of purpose. 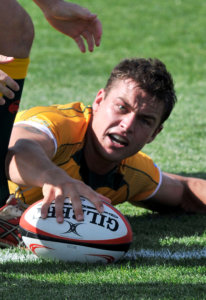 I got an acute, short-term dump of what it feels like to be isolated during the SAS ‘happy wanderer’ experience – a five-day trek with a 50kg pack, across gruelling territory and completely alone.

At the time, I didn’t realise what was going on, but being isolated is related to mental health decline.

Disconnection from community is the number one problem for the majority of people leaving the military. A lot of people are looking for validation, and you get that in the military. And then, when you leave, you’re completely disconnected and cut off from that ‘tribe’.

That is the number one issue in the veteran space at the moment. Time, money and effort is being spent looking into PTSD, but we have a group of people who are disconnected.

When we leave that stops, and mostly deliberately. A lot of the people we surveyed said it was a rebellious act to avoid routine: ‘I’m going to get out of the military. I’m going to sleep and eat and not do anything in a structured routine’.

But that routine is a big part of holding mental health together.

Loss of identity and purpose

Identity and purpose work hand-in-hand. Almost everyone we spoke to identified as a soldier. You sign up to join the military and that is your job, but it is also your life and your identity, which obviously flows into purpose.

The reason you get out of bed is so you can train harder to become a better soldier/sailor/airman.

Those four things – tribe, routine, identity and purpose – are fundamental to human health and happiness, regardless of whether you’re in the military or not.

What we need to discover are ways to keep people connected, keep them in a routine, and to teach them how to find a new identity and a new purpose in life.

If this article raises any issues for you, contact LifeLine, Open Arms or the Suicide Call Back Service.

Looking for ways to rebuild your community, routines, identity and purpose? Reach out to an RSL NSW sub-Branch near you to get involved in social activities and community initiatives with local veterans and their families.