Board Communiqué for 26 November 2020

The Board met in person at ANZAC House and by Teams video.  Due respects were made to the fallen.

ANZAC Day 2021 – The Acting President has met with NSW Government officials about the importance of the traditional commemoration activities and the need for early planning. The position agreed, considering current circumstances and the likely health position (including the likelihood of a successful vaccine regime not completed) for planning purposes, is:

This planning advice will be updated as circumstances change.

The IGADF Report – The RSL (National) position in response to the report has been articulated and passed to sub-Branches via the website. The RSL NSW Board agreed that the Acting President conveys to members that RSL NSW acknowledges the seriousness of Justice Brereton’s findings, but the League acknowledges that the allegations have not been tested in a Court, and there must be a presumption of innocence. This means the RSL’s focus on supporting all veterans and families continues and is especially focussed on proactively reaching out to younger veterans and families who have been impacted in some way by the release of the Report, and the consequences of its impact on their health and wellbeing.

Moreover, the RSL NSW Acting President will seek the views of members regarding CDF’s decision to seek the revocation of the meritorious unit citation.

Several items of correspondence were discussed. The CEO was directed to respond on several critical items.

The CEO provided an assessment of risks and mitigation measures. The Board noted resource constraints were impacting internal auditing but noted that the assurance framework was due for Board consideration through the Audit and Risk Committee in March 2021.

The Federal Minister for Veterans’ Affairs visited the site. He was pleased with the location, plans, and local engagement which were presented by RSL LifeCare. He acknowledged the plans of RSL NSW to seek and align further centres where there are ADF garrisons/bases. As well as the Board Chair, RSL NSW was represented by the Nowra sub-Branch President.

Work continues by the RSL NSW CEO (on behalf of RSL National) to develop a lead coordinating role for the RSL (nationally) in the functioning of the new Authority. This is consistent with the RSL NSW Strategic Plan, especially as it relates to the role of sub-Branches being at the centre of the future of the League, sub-Branches providing connection to all services for veterans and their families, and connections to the local community, like the Defence Community Organisation does for in-service personnel and families.

The Board was updated on the CRM project. District trainers have been trained and have commenced the training of sub-Branch users. As the project sponsor the State Secretary is reporting progress of implementation by sub-Branch. This system is critical for the current and future management of the membership. The aim is to have all sub-Branches operating and benefitting from the new system by the end of the first quarter next year.

In accordance with Appendix C, clause 13 of the RSL NSW Constitution, the Board resolved to close the Membership Register at 5pm, Tuesday 1 December 2020.

The CFO reported that the business remained within budget. The outlook for revenue from the Hyde Park Inn remains uncertain however, we are hopeful of a recovery following the opening of borders.

The Board instructed the CEO to plan and conduct another round of communications to sub-Branches regarding the importance for charitable donations to RSL DefenceCare , and ensuring sub-Branches can locate the performance information to ascertain where their funds are being spent. 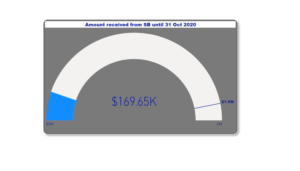 The Board considered correspondence from the DPC Chair, raised on behalf of FWMDC about membership fees subsidy. To ensure regulatory compliance, the Board noted that the CEO had drafted criteria and a method for Sub-Branches to use when considering financial hardship (relying on a statement by the member) and recording donations. They directed him to distribute this to Sub-Branches. In accordance with the Constitution, the Board has set the amount of membership fees for 2021, and the application of these fees will be considered at Congress, per the Constitution.

The Board received a letter from a sub-Branch thanking the Head of Legal for the assistance provided in settling the matter and the Board noted that the other outstanding matters will be settled under the same principles.

The Board approved the conditional sale of a property on the recommendation of RSL Custodian.

The Board was updated on the progress of incorporation of three pilot sub-Branches, each of which has engaged their respective legal counsel. A progress report will be provided at the February Board meeting.  The Board noted that aside from incorporation, the outcome of the ‘pilot’ will be a procedure for sub-Branches to follow if they choose to incorporate, most likely to be in the form of an SOP.

The Board noted that the release of the Strategic Plan, approved by the Board at the October Board Meeting, has been delayed because layout was still in progress. The Board asked that the Plan be published before the AGM.

The Board noted that an EOI is being prepared to gauge market interest in the voluntary ‘pooled funding model’ and the CEO is due to return to the Board in March 21 with options on how to fund the strategic plan.

The Board endorsed the detailed plan for the induction of the new Board.  An induction day will be conducted on 16 Dec. (TBC)

22 sub-Branches have failed to submit 2019 SBAs and have been advised that, in accordance with the Constitution, they will be required to remedy this, or risk having their Charters removed.  A report on outstanding SBAs will be required for the Board by February.

The Ramsgate/Rockdale amalgamation was approved, and new Charter will be issued.

The Board noted that the SOP for the Support and Assistance Fund is due back from the DPC on 10 Dec. It was noted that DPC and DC funding support would be dependent on the outcome of this process and how the obligations of the Constitution are met.

The Board noted the status of matters before the Tribunal.  One matter will be considered by circular resolution.

Three additional Tribunal members were approved.  The Board noted the considerable time and effort required to administer Tribunal matters and the request from Management for the Registrar to be remunerated.

The Board considered the AGM papers for RSL LifeCare. Several matters will be raised at the AGM, including the reappointment of three directors, and questions about Director remuneration and reporting.

The Board adopted the RSL NSW Risk Appetite Statement and approved the Risk Management Policy and Framework.

The Board noted that the RSL NSW Public Position Statements were approved.  These are accessible to enable an immediate response on public commentary.

The Committee reviewed the status of all items raised by RSL NSW membership at Congress 2019 which has been maintained on the website and asked the Board to note the outstanding matters that are still with RSL National.

The Committee Chair reported that at the last Committee meeting the GM Veteran Services RSL LifeCare presented on the performance of RSL DefenceCare, noting the formal MOU had been agreed between entities for the provision of reporting. The Board asked the CEO to improve communication to sub-Branches about RSL DefenceCare as the RSL NSW service provider for veteran services.

Services including pensions advocacy, welfare support, financial assistance, and shortly; the veteran’s employment program. RSL DefenceCare has the systems and processes in place to meet all regulatory requirements for the expenditure of charitable funds. The Committee also noted that RSL LifeCare provides support for homeless veterans (Homes for Heroes) and an equine program.

The Board thanked Ms Lambkin for her service on the Committee. There were no awards considered for the month.

The Board received a brief on the conduct of the AGM. The AGM commences at 9.00 am 7 December.

Sub-Branch rehearsals will take place during the week commencing 30 November.

The Board considered a submission about funding Regional District Councils. The Board directed the CEO to investigate how this funding could be addressed, noting Clause 13.38 of the Constitution.

The Chair thanked the retiring directors and noted that the new Board would be known on Friday 27 November. The meeting calendar for 2021 will be included in the new Board’s induction pack.

Finally, the Chair noted that the joint Board/DPC meeting will be conducted on 7 December, after the rising of Congress and in accordance with the Constitution.

Sophie Ray
Chair, Board of Directors