Having transitioned out of the ADF twice and built a new career since, RSL NSW member Catherine McGregor is a staunch advocate for veterans. We spoke with Catherine about what needs to change now to support veterans and their families.

The first time Catherine McGregor left the ADF was in 1981.

“Fortunately, I had employment prospects and it was fine. I certainly felt no grievance. But I had no preparation for outside life at all. I landed on my feet and got a decent job, and I got on with my life. That is what postured me for success the second time around.”

That second time around, Catherine had much of the basic but essential knowledge civilians take for granted – how to get a Medicare card, what private health insurance is for – which can be alien to those who joined the ADF as a first career.

“I love the ADF and I always will,” Catherine McGregor says, “but in neither case was my separation from the military entirely satisfactory, nor on my own terms. Each time I left without much support in terms of a formal transition process.”

Still, defence had been a major part of her identity. Catherine had come from a family of defence members. Her father served in New Guinea with the Second Australian Imperial Force. Her grandfather was an Officer of the First AIF, serving on the Western Front with the 21st and 24th Battalions of the Second Division. 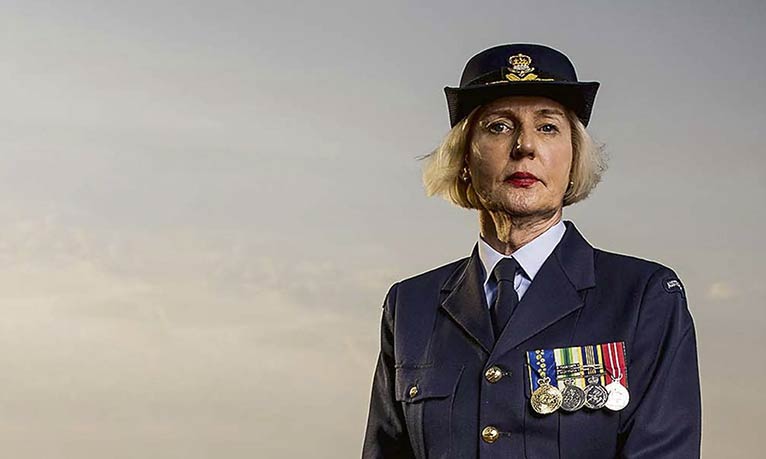 “Your heart never leaves the Australian Army, especially infantry people. I worship the ground they walk on — they’re some of the greatest human beings I’ve met.”

The military prides itself on building a sense of comradeship, family and unity. When that is suddenly removed, the results can be crippling.

“There’s a window of about 18 months after separation that is very dangerous in terms of suicide, marital breakdown and substance abuse,” Catherine says. “This is whether the person has been deployed on active service or not. There’s been a misleading portrayal that everyone who commits suicide has been outside the wire in Afghanistan. That’s simply not the case.

”The statistics are frightening – over the past few decades, more veterans and servicepeople have died by suicide than at war or in war-like operations. On average, one ADF veteran dies by suicide every two weeks.

Medical discharges correlate with higher rates of suicide, and are characterised by the signature loss of identity that comes with leaving the ADF, as well as a need to navigate complex bureaucratic processes to claim entitlements.

Systemic problems must be fixed

“The ADF and DVA need to have a common database for a start,” Catherine says. “And every individual should have an exit plan mapped out from the day they enlist.”

It’s almost unbelievable that the ADF and DVA don’t share data, Catherine McGregor says. When an individual discharges from the ADF, one of the first things they have to do if they need support from the DVA is prove they were in the ADF or deployed to a specific region – basic ADF personnel information.

“For any soldier, and especially one who’s traumatised and therefore not in terrific shape, that process is destructive,” she says.

“Dealing with the DVA can be daunting, especially if the veteran has mental health issues. If they don’t walk into secure employment pretty quickly, they can lose their sense of security and meaning.”

“The ADF has to show a bit more emotional intelligence and not put people on the street until their medical and mental health is stable.”

She argues for an overhaul of legislation affecting veterans’ entitlements, particularly leftovers such as repatriation legislation from the old Veterans’ Entitlements Act.

“The current legislation is a bin fire,” Catherine says. “The government needs to reform veterans’ entitlements with legislation to be interpreted beneficially towards the veteran.”

She also calls for legislation to be made more accessible to those under it.

“At the moment, it’s only making law firms rich,” Catherine argues. “For veterans, it’s too complex, too harsh, and in my view, it’s punitive. It’s overly complicated legislation, especially if your service covers more than one of the Acts. Mine embraced three Acts. Some of the younger people span two distinct pieces of legislation, meaning it’s an absolute nightmare to navigate.”

“The method of separation does matter,” Catherine says.

Discharging people who are exhibiting ideation of suicide, Catherine says, is “irresponsible”.

“The ADF has to show a bit more emotional intelligence and not put people on the street until their medical and mental health is stable.”

General Sir Peter Cosgrove, when he was Chief of Army, once told Catherine that it’s important to make sure your last day in the Army is a good one, because it’s the one you’ll take with you for the rest of your life. 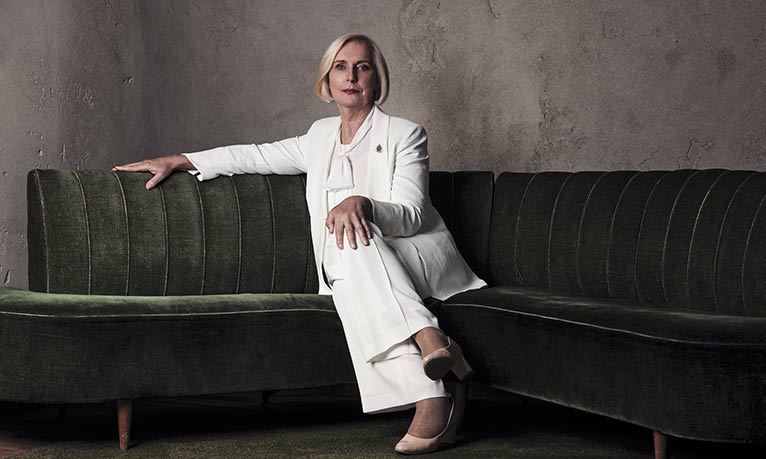 “I wish I could do it all over again with the maturity and knowledge about life that I have now.”

“There’s great truth in that. It’s about good, effective closure. It’s also about ensuring that others who are leaving have an excellent final day, which really means treating them as a human being,” Catherine says. “Too often, people are thrown out and they hit the pavement hard. Having a farewell with your mates and getting the plaque and the handshake and whatever else is part of that rite of passage is really important.”

Why is this missing, then?

“I think it’s a lot to do with various functions being outsourced,” Catherine says. “That bean-counting approach has meant combat brigades still have a strong sense of identity but others do not. People often deploy as individuals to work in a coalition headquarters, for example, rather than in a team.”

Her next point aligns with RSL NSW’s strategic goals: “RSL NSW needs to be on every base.”

Catherine – an RSL NSW member herself – suggests getting a badge on every individual as they leave the Army, “so they can become a member and stay in touch with their tribe”.

“Whatever shortcomings I’ve identified, would I do it over again? Yes. I wish I could do it all over again with the maturity and knowledge about life that I have now.”

If this article raises any issues for you, contact LifeLine, Open Arms or the Suicide Call Back Service.

The initiatives that will place Wellbeing Support Officers on bases across NSW are part of the RSL NSW Strategic Plan 2021-26. Find out how your sub-Branch can help support the Strategic Plan.