This article was originally published in the Gundagai Independent on 28 May 2019, under the headline ‘RSL celebrates a century of service’. It is reproduced with kind permission.

When asked what the Gundagai RSL sub-Branch has done in and for Gundagai, president Jim Sharman sums it up with one word – service.

The sub-Branch celebrated its 100 year anniversary with a special dinner at the District Services Club on Saturday night [25 May] where members, past and present, dignitaries from near and far and community members reflected on a century of service, 100 years of looking after local veterans and their families.

Mr Sharman said the story of the Gundagai RSL sub-Branch is a good one, the characters in it having come from many varied backgrounds and experiences but meeting on common ground with a common purpose.

“Having served our country in the First World War, returning servicemen saw the need to support their comrades and families through some sort of organisation,” Mr Sharman said.

“As the government of the day was busy trying to rebuild the economy, post-war, and did not provide this support or understand of the needs of the men who had fought and were expected to return from war and pick up the lives they had left without difficulty, the Returned Services League (RSL) was formed to meet this need.”

Many families descended from these men still reside in the Gundagai area.

“Joining the RSL meant meeting monthly to talk about ‘secret men’s business’, much like the Masons, and many men belonged to both organisations,” Mr Sharman said.

“Having experienced the comradeship of service life, just meeting and talking to other men had a therapeutic effect, particularly for those who worked and lived in a solitary manner.

“Generally they could not, or would not talk about their experiences to their wives or family, as often they felt that the horrors they had experienced were better left buried in their memories, as their mates had been buried where they fell.”

In Gundagai, the RSL sub-Branch focused its activities on support for returned men and injured servicemen, war widows and their families. They also worked towards creating memorials such as ANZAC Grove and the Cenotaph, following the Second World War.

“As they were a new group they had no permanent base and initially met in a wool store built on this site. But they needed a permanent meeting place somewhere in Gundagai and eventually purchased the wool store and created the Gundagai Services Club which we are privileged to be using tonight,” Mr Sharman said.

“We should thank the founding members and the committee of the sub-Branch for their foresight in creating this club, which does not just belong to the RSL, as most do, but was designed to be a community club, owned by the people of Gundagai.

“As they foresaw, with the passing of time, the community has taken a much larger role in the running of the club and it has become a central meeting place and hub for activities in the town.”

Over the past 100 years, the Gundagai RSL sub-Branch has been very successful in supporting and fighting for the rights of those who gave or risked their lives in defense of our way of life.

“During my time as president we have built on the work done by previous committees and supported the medical needs of servicemen and women through our local hospital, upgraded Anzac Grove, established Vietnam, World War II and Korean War memorials, supported the formation of a Light Horse unit, expanded our membership base and involved school children in our well-attended ceremonies,” Mr Sharman said.

The RSL Auxiliary which, based on the information available, was formed not long after the sub-Branch, was also gratefully acknowledged on the night.

“People may not be aware that their initial fundraising activities included all catering at the club, such as weddings, parties and community celebrations. This was reduced to wakes only when contractors were signed up for the club dining room in the 1960’s,” said Sub-branch secretary and master of ceremonies Keith Wood.

“However, and unfortunately, this has kept the ladies busy over the years.

“Since formation, they have kept the sub-Branch financial so that we may conduct our ceremonial duties.” 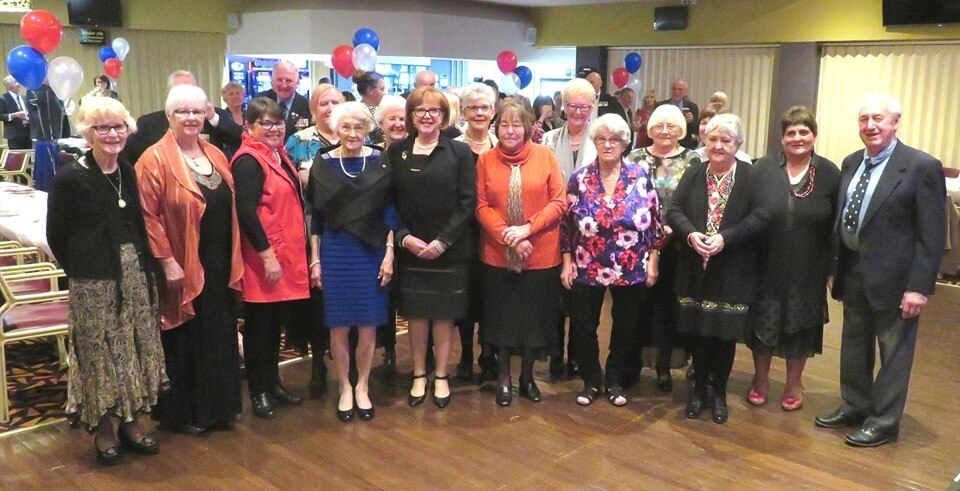 Meet the entrepreneurial veterans starting and running their own businesses, and how one sub-Branch...
Reveille
Latest News