Memories of Defending Australia In WWII

I was born on 18th April 1924 at South Grafton, one of a family of 11 kids. We lived in the bush and Dad was a timber-getter. At the age of 5, I joined my siblings milking the cows, then we ran 3 miles to school and milked again after school when we returned home. In 1942 at the age of 18, I joined the RAAF and travelled by train to Shepparton in Victoria to train as a Flight Armourer, which included an Army commando course. It was my first time out of the Grafton area and I was terrified of Sydney and wouldn’t go beyond sight of Central railway station.

Posted to No. 1 Mobile Works Squadron, we deployed to Port Moresby in August 1942, most of the unit travelling by ship which ran aground twice on the way. Some of us took the train to Townsville, then a Sunderland flying-boat to Moresby, a worrying flight with the aircraft constantly suffering unserviceabilites. We moved to a camp at John’s Gully to build Ward’s Airfield, which was completed in three weeks, but operationally delayed till January 1943 due to shortage of equipment. 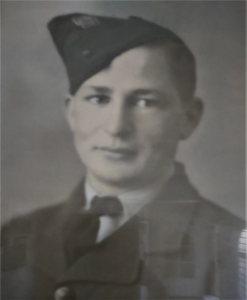 During this time a large group of Australian Army soldiers were watching a USAAF Liberator bomber take off from the end of the airfield, when the aircraft failed to get airborne and ploughed into the group killing around 180 of them. The unit was then re-designated No. 5 MWS and deployed to Goodenough Island to build Vivigani Airfield. My abiding memory of Goodenough was Christmas morning 1942, when a Beaufort bomber had a bomb hang-up and the pilot threw the plane all over the sky trying unsuccessfully to shake it loose. When the plane came in to land, we were shaken from our bunks when the bomb released as the aircraft touched down and plane and crew were blown to pieces.

5MWS was then attached to the US Aviation Engineers to repair and build airfields in Dutch New Guinea. The area was still occupied by the Japanese and before our landing at Aitape we all undertook training in infantry tactics at Lae. Our unit came ashore in landing craft the day after the main assault to help secure and immediately start work repairing Tadji airfield. The airstrip was made serviceable in 48 hours with elements of 78 Wing RAAF landing Kittyhawk aircraft the day after, with the remainder of the unit arriving the day after that to support the Aitape and Hollandia landings. The fighting raged for some considerable time with many of the enemy killed, which surprisingly included many Indonesian troops with the dead buried in a long trench by bulldozer.

We then had a short rest period with the US Army Engineers on Toem Island, before an 8,000 strong invasion force mainly comprising the US 158th RCT and No.62 Works Wing RAAF (including 5MWS) landed at Noemfoor Island.

The assault commenced on 02 July with few losses. The following day 2,000 US paratroopers were dropped onto the island as a precaution against Japanese resistance with many casualties due to the C47s flying too low.

Noemfoor was still insecure with Japanese troops one side of the island and 5MWS and US Engineers working on the other. I was walking along one day and tripped over the exposed feet of a Jap in a shallow grave. Another dead Jap had a grenade in his pocket with the pin removed as a booby trap. If I had removed the grenade the lever would have separated and the grenade exploded. They used a variety of other booby traps including leaving watches hanging in trees attached to a charge and they sneaked into tents at night and cut the throats of blokes. 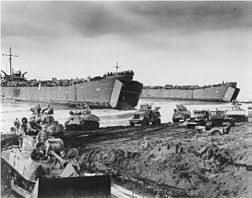 Some of the boys wanted to go for a walk into the jungle and I remember having a premonition that it was unsafe. Soon I spotted a Jap in a tree aiming his rifle at us and being a marksman, I dropped him swiftly with my .303. The most appalling memory is of the night trigger happy Yank guards shot some 18 of their own troops. After that 5MWS did most of the night guard duty and on one occasion I found myself the sole guard, although armed with that wonderful Bren light machine gun I always felt very capable. The Japs had retreated into caves on the Island making it all but impossible to get at them, until the Yanks used flamethrowers and poured petrol into other caves, then dropped a match.

There were many Indonesian and Formosans found starving on Noemfoor who had been used by the Japs as slave labour. Some of the Formosans fought the assaulting force with the Japs and were killed. Allied casualties numbered 66 with 1,714 Japanese killed.

I returned to Townsville in a USAAF C47 after Noemfoor, while 5MWS went on to Biak Island then Moratai with the US Army Engineers. This flight was another for me in a very unreliable aircraft and it seemed a miracle that we arrived at our destination at all. On arrival we wolfed down food from an American canteen when the woman serving us called us the hungriest troops she had ever seen. It was so good to get some real food into us. The war ended whilst I was posted to Williamtown, near Newcastle and I was discharged in late 1945.

There are aspects of my service which will seem most unlikely to airmen of today, like the Army training to take part in the invasion of Dutch New Guinea and as a humble LAC, the rudimentary pilot training I received to take control of an aircraft if necessary. I was posted to the MWS for my weapons knowledge and at times was even called on to occasionally clear live ordnance for the Yanks. Although the good thing with the Yanks was that they had huge quantities of supplies and equipment and would give you anything you asked for. I recall when we turned up at Aitape they said; now the Aussies are here we will surely win the war.

Once the Yanks were insistent I go with them in a Liberator bomber on a bombing raid, but I had another of my premonitions that it was not a good idea: the aircraft never returned. When I look back over those war years, being brought up in the bush I was never really fearful of the Japs; what worried me was those big cities like Sydney and Melbourne.

I witnessed the operations of many types of our aircraft in New Guinea during the war and formed distinct admiration for some and downright fear for the survivability of others. In those dark days of 1942 Australia really had its back to the wall. When we got the Spitfires they turned out to be a disappointment with engines overheating in the tropics and very limited range.

The Kittyhawks were the best fighters we had, strongly built they could take a lot of damage and still fight. 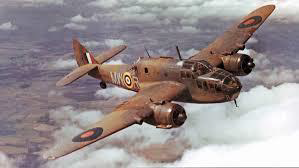 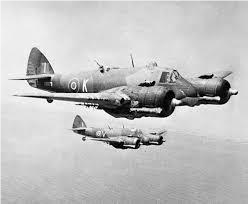 I really admired the Beaufighter which was very heavily armed and the sleeve valve engines so quiet they were called Whispering Death by the Japs. However the Beaufort Bomber was another matter.

Now at 96 years of age all my old mates are gone and I am just left with the never ending nightmares from a war long ago.