RSL NSW members, current serving members, their families, high-profile guests and the general public gathered for Remembrance Day services across the state. Here’s a recap of some of the commemorations, in photos.

The day began with a gathering of RSL NSW members, veterans, current serving members, their families and the general public at the Opera House in Circular Quay for a dawn service. 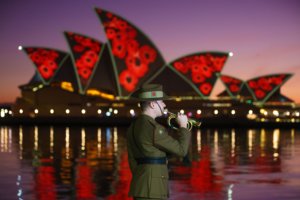 The Army Bugler performed the ‘Last Post’ in front of the brightly-lit building. 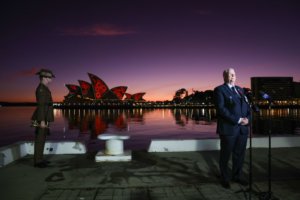 The Cenotaph in Martin Place

Later in the morning, a crowd converged on the Cenotaph in Martin Place for the main Remembrance Day service.

“Thousands of people have gathered … to remember our ancestors,” said Gudjala Elder Uncle Harry Allie BEM, who gave an Acknowledgement of Country.

WGCDR Peter Overton AM was master of ceremonies for the duration of the service, which attracted hundreds of onlookers from the general public in addition to invited guests and RSL NSW members. 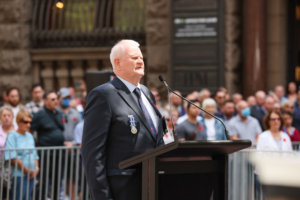 RSL NSW President Ray James OAM placed a wreath and also read the ‘Ode’, with the concluding sentiment of “We will remember them” being echoed by all those in attendance. 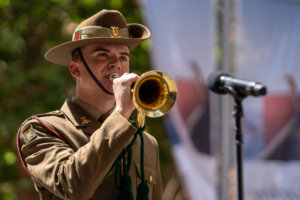 Photo credit: NSW Government
Prior to one minute’s silence at 11am, the ‘Last Post’ was performed by bugler MUSN Benjamin Bruni of the Australian Army Band. 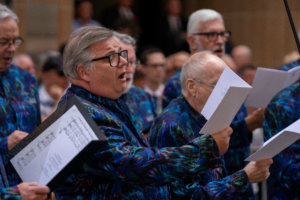 Photo credit: NSW Government
The Sydney Male Choir gave a rendition of the hymn ‘I vow to thee my country’ and the Australian National Anthem, accompanied by the Australian Army Band, Sydney. 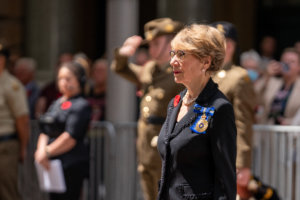 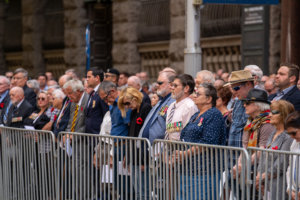 Photo credit: NSW Government
Veterans, their families and members of the general public were welcomed to come forward and lay their own wreaths below the Cenotaph. 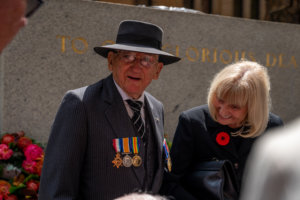 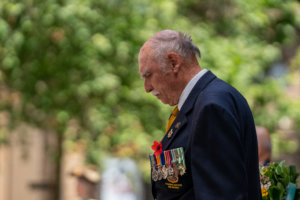 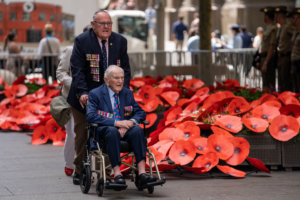 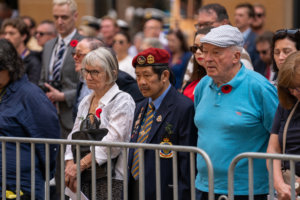 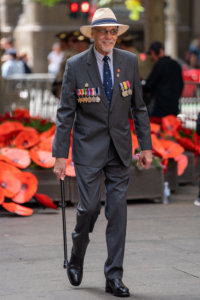 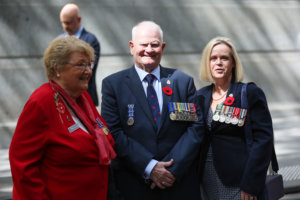 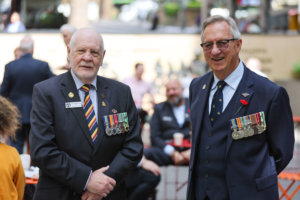 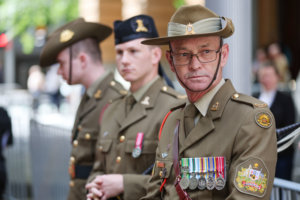 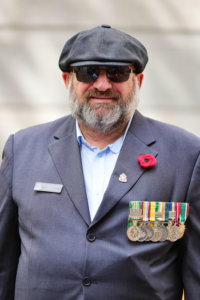 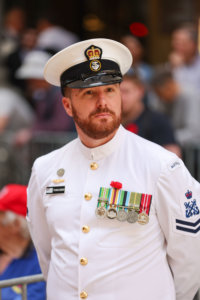 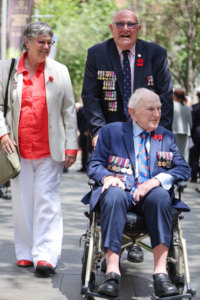 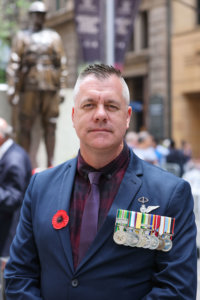 Why one veteran started a new career in advocacy – and what she’s learned along the way.
Education and qualification Post-service careers RSL LifeCare Support services Transferable skills Transition from service
Latest News