RSL NSW Board of Directors 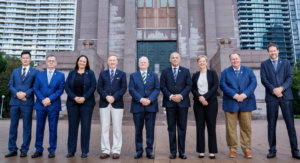 The strategy, performance, corporate governance and risk appetite of RSL NSW are the responsibility, and are managed under the direction of, the Board of Directors of RSL NSW. The Board comprises a maximum of ten non-executive Directors of which at least one but not more than two must be Independent Directors appointed by the Board (Independent Directors) and the remainder of which are to be elected by Service Members in accordance with the RSL NSW Constitution (Elected Directors). 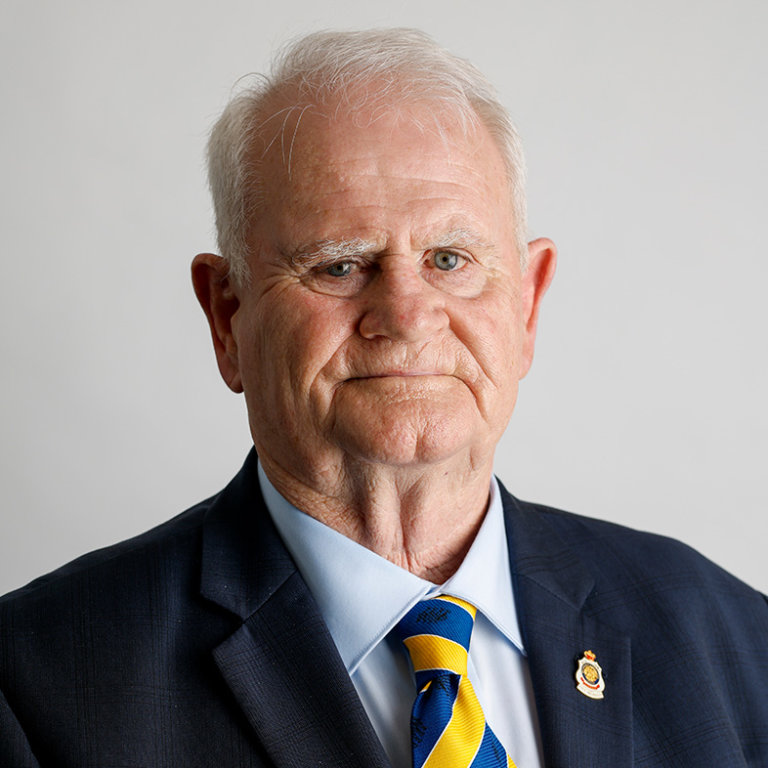 He also served with the Transport Investigation Branch and NSW Police Force. Ray has held senior positions at sub-Branch and District Council levels and is currently a member of Ingleburn RSL sub-Branch. He is also chair of RSL Custodian Pty Ltd and Vice President of the NSW Branch of the Vietnam Veterans Association of Australia (VVAA). 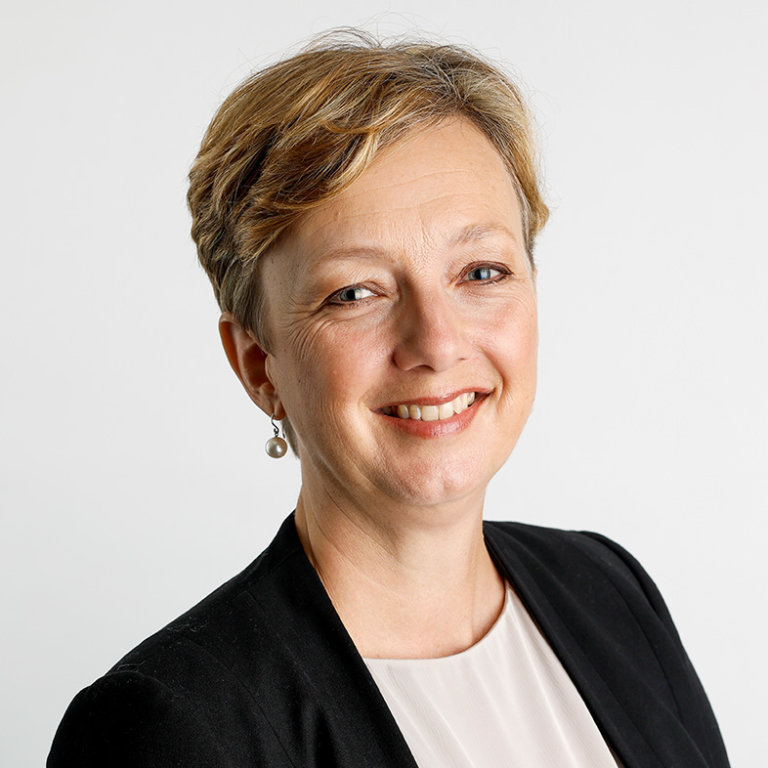 Sophie Ray Chair of the Board

Sophie Ray was elected as Chair of the Board on 26 February 2021. In accordance with the Board Charter, she holds that position until the first scheduled Board meeting after the 2021 AGM.

She is a business owner, former lawyer and non-executive director. She spent 14 years as a corporate lawyer at PwC in Sydney and London, where she also sat on the board of the PwC Foundation.

Sophie was appointed as an Independent Director in June 2019. 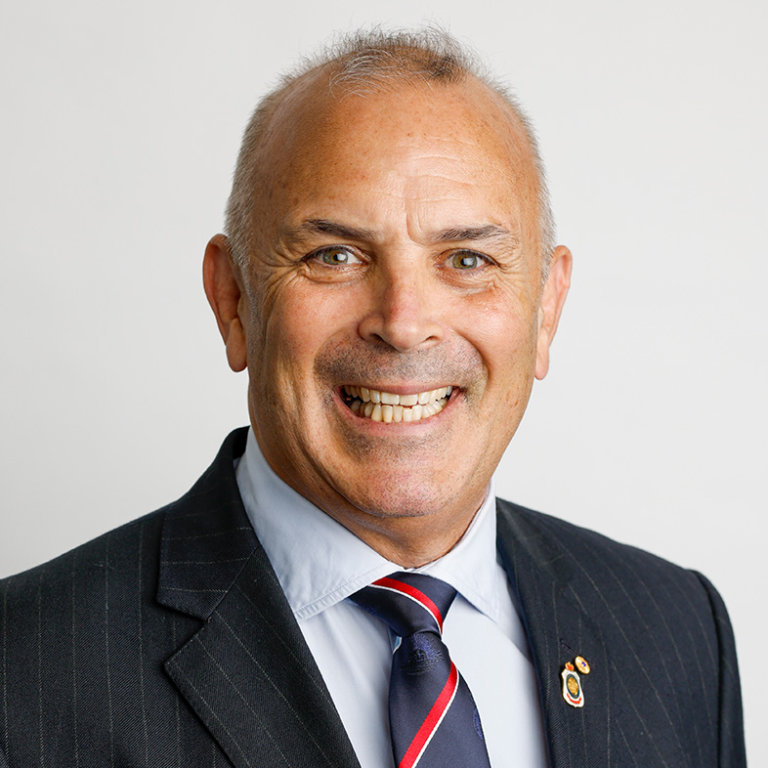 John served for 32 years in the Australian Army, including as command of an infantry battalion and on two operational joint task forces. John is a service member of North Bondi RSL sub-Branch. 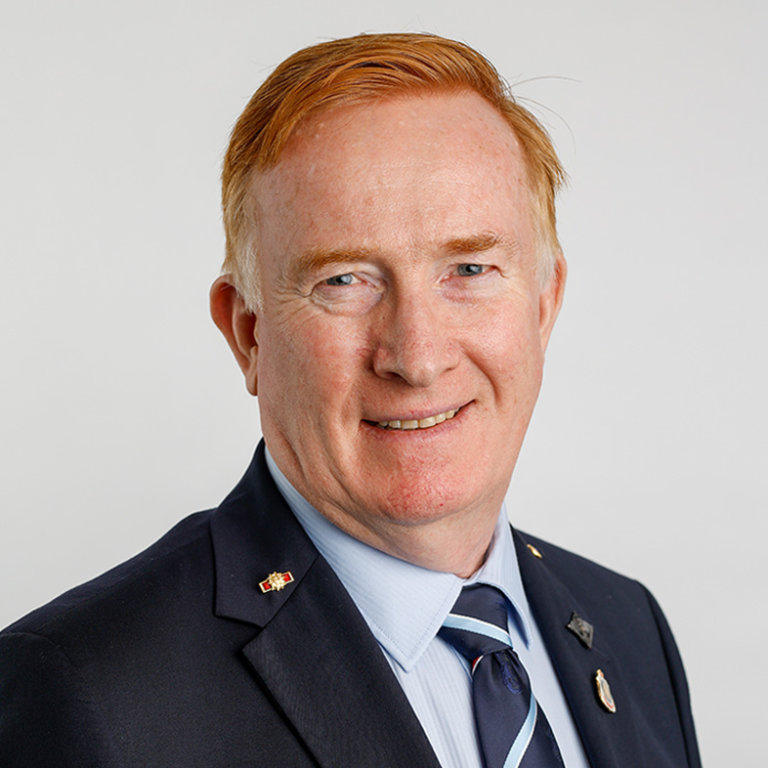 He deployed to Afghanistan in 2014 and his brigade force generated Timor Leste Task Group 3. Phillip is a service member of Castle Hill and District RSL sub-Branch. 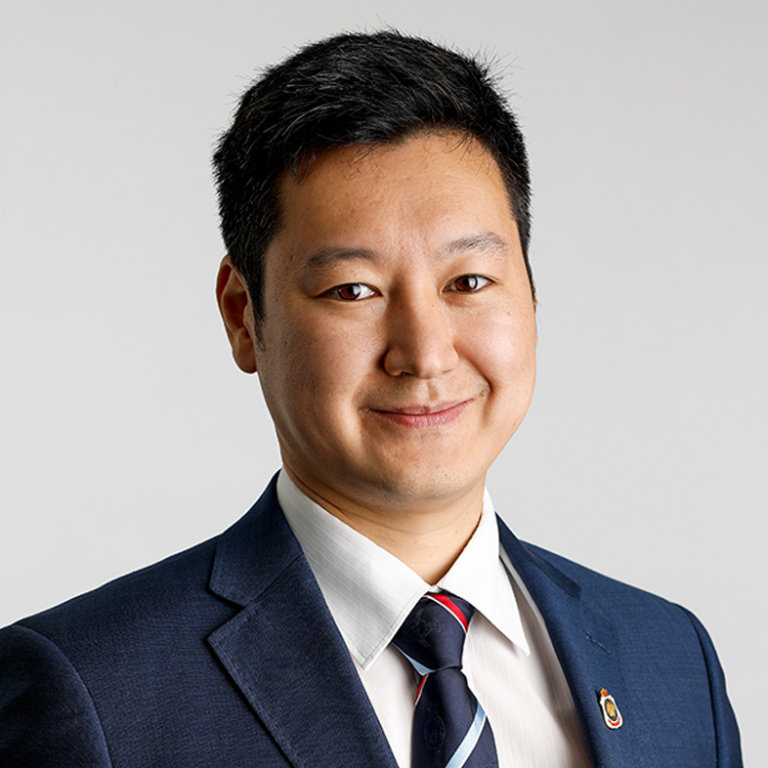 He was elected to be the RSL NSW State Treasurer in 2017 and has worked with the Board to implement the RSL NSW Strategic Plan 2021-2026.

Phillip is a manager at Austrade responsible for administering the Export Market Development Grants Program and Overseas Tax-Exempt Project approvals. He has over 15 years of experience in the Australian Public Service working in various roles related to audit and compliance, policy implementation, risk management, process improvement, and information technology systems development.

Phillip has been a member of the Australian Army Reserve since 2007 and is currently posted to Headquarters Forces Command providing advice and assurance on the formation’s Non-Public Money Accounts. Prior to this, he was the NSW Detachment Commander for the Army Compliance and Assurance Unit, Finance Officer at Headquarters 8th Brigade, and provided contract management support to Operation COVID-19 Assist and Operation Bushfire Assist 2020. 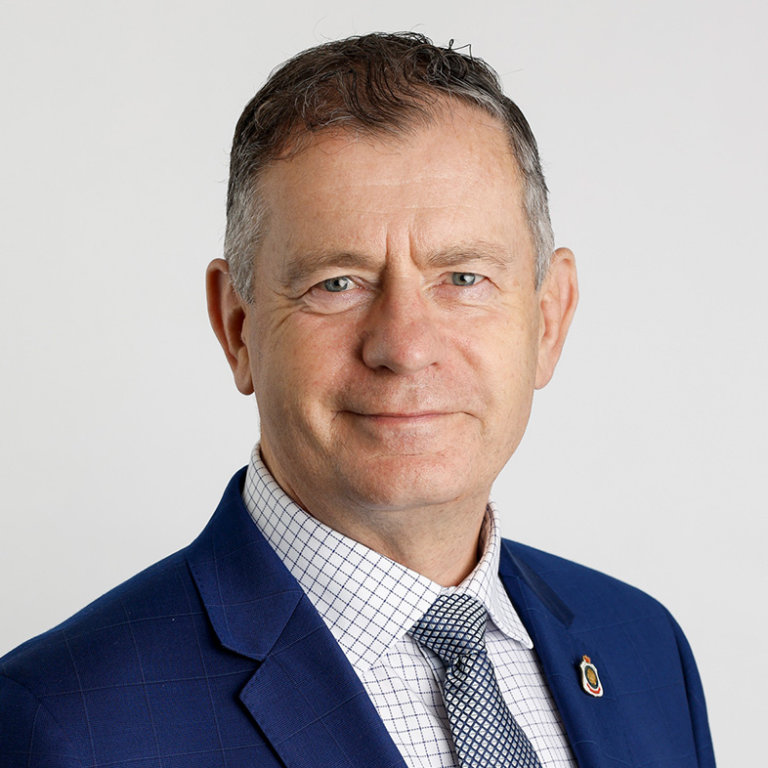 Steve Graham graduated from the Royal Military College at Duntroon in 1979. He served in the Australian Army for 26 years and an additional 14 years in the Army Reserve.

Steve is the Managing Director of an aviation business that provides operations management, procurement, infrastructure and compliance consultancy services to government and government agencies throughout Australia.

Steve is a service member of the Coogee Clovelly Randwick sub-Branch. 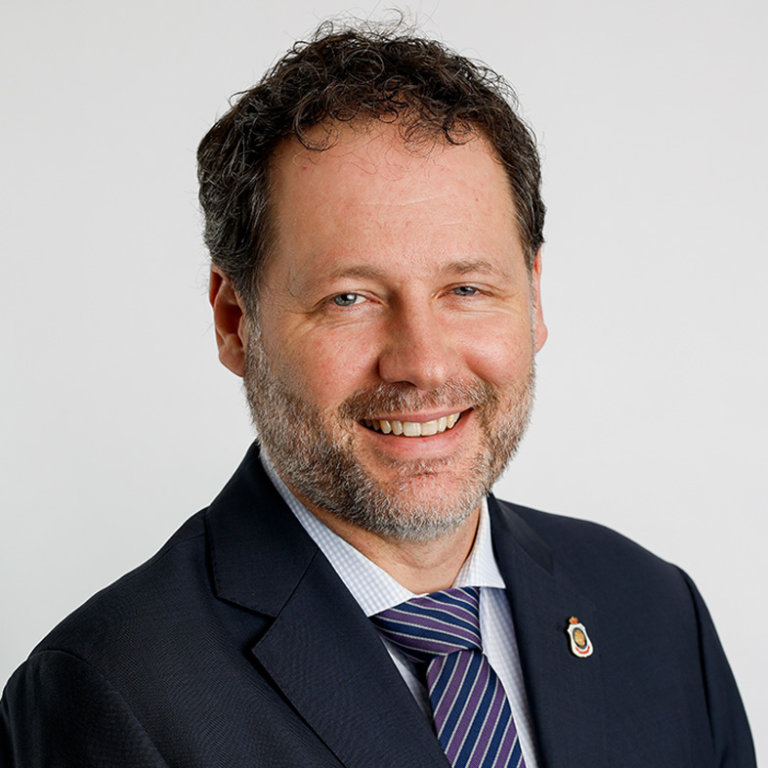 Jason is a member of RSL NSW at the Mosman sub-Branch. He served with the Australian Ready Reserve from 1995 to 1998 as an infantry soldier, with postings to the 6th Battalion Royal Australian Regiment and 2/17 Royal New South Wales Regiment.

Jason has over two decades of experience in the superannuation and investment management industry.  He is currently General Manager of Investments at State Super and was previously the Chief Investment Officer of the Crescent Wealth Super fund.  Prior to this he held senior investment and leadership roles within the MLC Asset Management business over a tenure of 18 years. 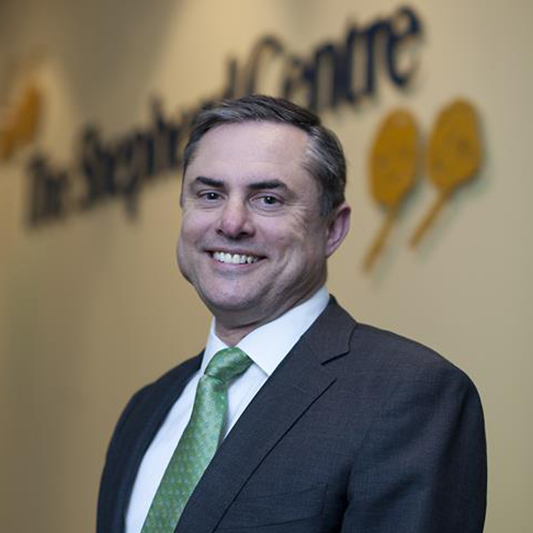 Jim Hungerford served in the Australian Army Reserve for nine years. He is the CEO of The Shepherd Centre, a world-leading provider of therapy and supports for children and teenagers with hearing loss, enabling them to develop outstanding spoken language and other communication skills. He is also Board Chair of First Voice, the peak body for leading charities supporting children with hearing loss and is a Director on the Board of Fundraising Institute Australia.

Prior to moving to the for-purpose sector, Jim was a senior executive in the international veterinary pharmaceutical industry. He brings an extensive range of skills to the Board including, but not limited to, the following: 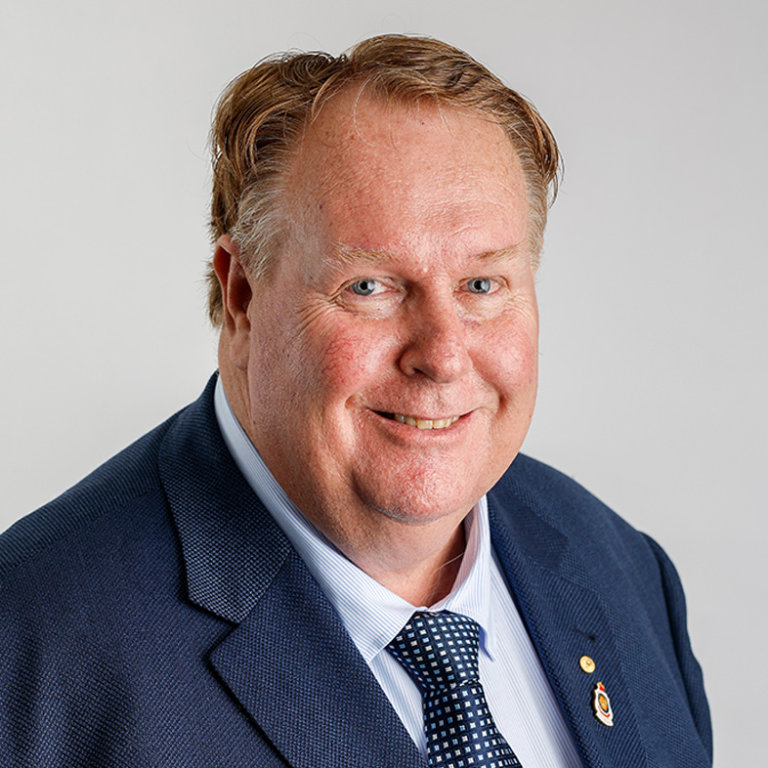 As an Ex-RAAF Loadmaster, David McCann was recognised with the OAM (Mil) in 1990 after flying Iroquois and Squirrel helicopters and eventually took on instructional and development roles after returning from deployment with the Multi-National Force & Observers in the Sinai.

As a member of No. 5 Squadron, David was active in the development and implementation of the first Rotary Wing NVG and CT Tactics in the RAAF. He was commissioned in 1989 and left the Royal Australian Air Force in 1994. He joined the NSW Police Force and was seconded to the Australian Federal Police for a tour of East Timor in 2003, when he was recognised with a Commendation for Brave Conduct and AFP Bravery Medal.

David was elected as a Councillor of the Coolamon Shire Council in 2008 and represents the Council as the Deputy Chairman of Goldenfileds Water County Council. He is a member of the Council’s Audit and Risk Committee, Local Emergency Management, and the General Manager Review Committee.

David is an operational member of the Rural Fire Service, Secretary of the Coolamon Lions Club, and the Local History Group and was awarded an OAM in 2019 for services to veterans and the wider community of Coolamon.

David has been a member of RSL NSW since 1987 and a member of the Coolamon sub-Branch for 20 years. 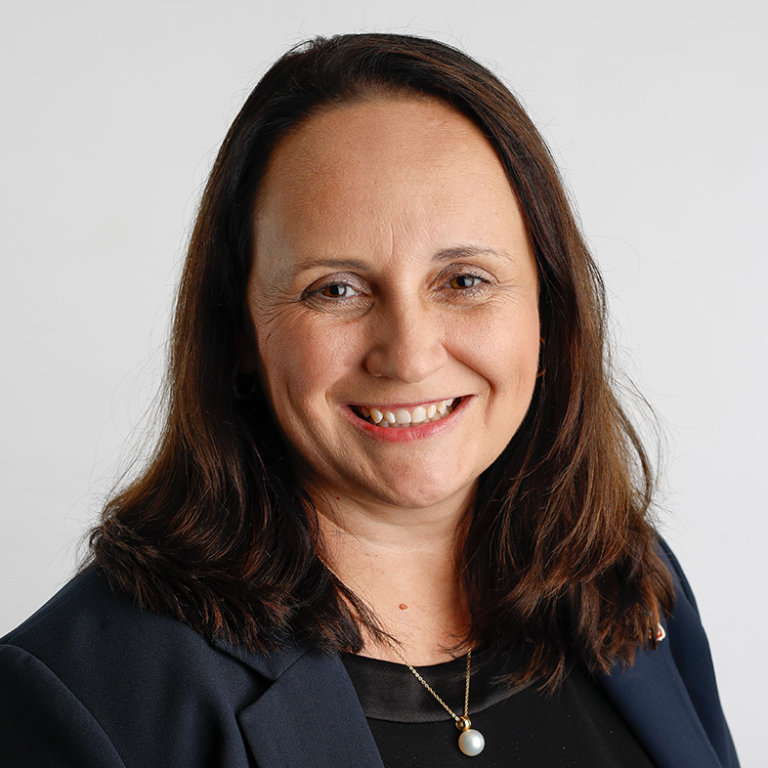 Louise is a member of RSL NSW and graduate of The Royal Military College, Duntroon (GSO Reserve – 2006) and served for 13 years in both the Royal Australian Corps of Military Police and Australian Army Legal Corps obtaining the rank of Captain.

From 2015 Louise has been a Director and since 2018 the President (and Chairperson) of Netball NSW, one of Australia’s largest state sporting bodies supporting the highest participation team sport for women and girls in both NSW and across the country. Through that voluntary position Louise also serves as Chair of the NSW Swifts and GIANTS Netball Clubs playing in the largest professional women’s sports league in Australia.

The Board delegates certain responsibilities to committees, each governed by its own charter. You can find out more about the following committees below.

To contact any of the committees, please email or telephone the Support Unit at support@rslnsw.org.au or 1300 679 775 and mark for attention of the relevant committee.

The ARC assists the Board with:

The CAC assists the Board in considering agenda items, including motions from the Board, the District Presidents’ Council, District Councils and sub-Branches, for consideration at each year’s AGM.

The NPC assists the Board in:

The Selections Committee assists the Board in considering nominations for the following awards:

The Veteran Services & Policy Committee assists the Board in monitoring and making recommendations about services for veterans and their families and to develop and review public policy positions and proposals.

The committee also reviews and monitors resolutions arising from Congress, to ensure they are actioned.