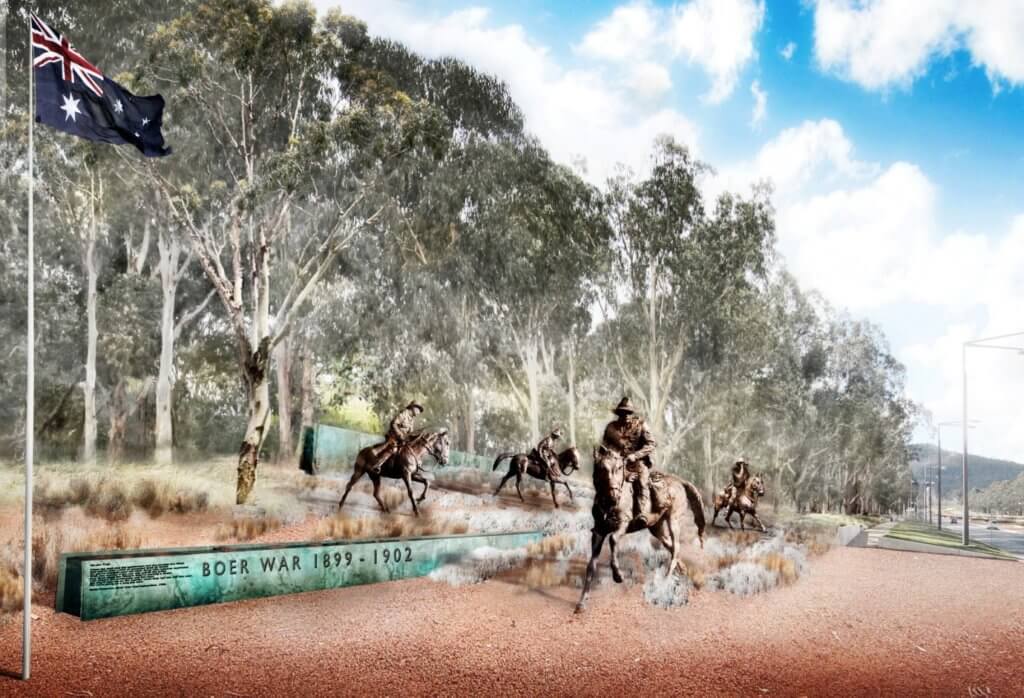 From 10 October 1899 to the end of May 1902, a bitter conflict raged across the South African veldt between Britain and her Empire and the two largely self-governing Boer Republics of the Transvaal and the Orange Free State.

The six Australian states (colonies) were quick to make troops available to Britain when a Boer ultimatum to the British expired and Boer commandos streamed across the borders into the British colonies of the Cape of Good Hope and Natal.

The first formed unit of troops from Australia, a squadron of the NSW Lancers landed in Cape Town on 2 November 1899, less than one month after hostilities commenced.

The Boer War was the first full commitment of troops by all the Australian Colonies to a foreign war. With the formation of the Australian Commonwealth on 1 January 1901, it became our country’s first military involvement as a nation.

Australia’s contribution was significant; we suffered casualty numbers which have only been exceeded by those of WWI and WWII.

In all, over 16,000 troops were engaged in the Australian contingents and another 7,000 Australians fought in other colonial and irregular units. Possibly 1,000 Australians lost their lives on service in South Africa during the Boer War.

The site for the National Boer War Memorial on ANZAC Parade, Canberra was dedicated on 31 May 2008.

For more information regarding this first Australian conflict as a nation and Commonwealth please visit www.bwm.org.au

Next: The Boxer Rebellion