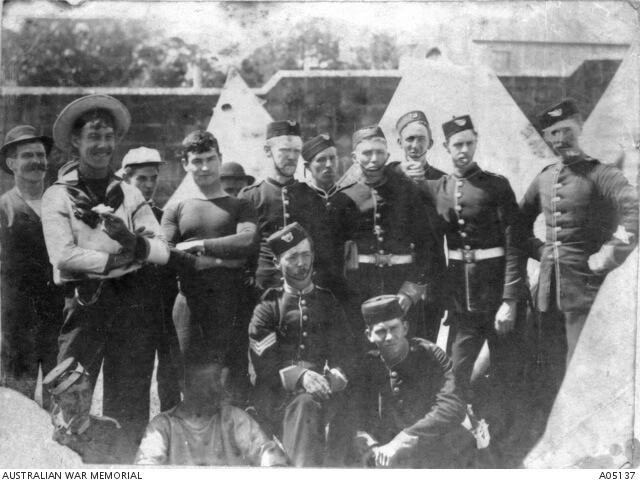 The slaying of acclaimed British General Charles Gordon in the indigenous rebellion against the British-backed Egyptian regime in the Sudan caused outrage and grief throughout the British Empire.

In an extraordinary display of enthusiasm and loyalty to the ‘Mother Country’, volunteers swarmed into the recruiting office eager to sign up for the Sudan.

The contingent left Sydney amid much public fanfare, generated in part by the holiday declared to farewell the troops. The send-off was described as the most festive occasion in the colony’s history.

The colonial troops saw little action and with the Russian invasion of Afghanistan in March 1885, British India – the ‘Jewel in the Crown’ – was threatened and the decision was made to abandon the Sudan, leaving a garrison to maintain British interests.

By May 1886, the campaign had been reduced to a series of skirmishes and the NSW contingent sailed home after three months service.

The battle honour, ‘SUAKIN 1885’, granted for service in the Sudan, became the first battle honour awarded to any unit of the Australian Army.

Next: The Boer War